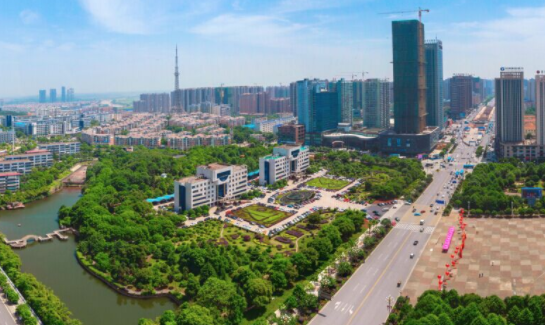 On July 14, the Ministry of Housing and Urban-Rural Development and Ministry of Housing and Urban-Rural Development and Printing promulgated the Notice on Listed 38 Cities including Baoding as the Third Batch of Ecological Remediation Pilot Cities in Cities, following the 19 pilot cities in Sanya and other 19 pilot cities in Fuzhou In addition, 38 cities such as Baoding will be listed as the third batch of pilot cities with "double repair cities" (the list is attached). At this point, the construction of urban and rural areas in some three batches were announced a total of 58 "double repair city" pilot cities.

Carrying out "double repair in the city" is the party Central Committee's decision-making deployment. The Central Urbanization Work Conference pointed out that we must focus on improving the quality of urbanization and solve the outstanding contradictions and problems that have been accumulated in a targeted manner. The Central City Work Conference and the "Opinions of the CPC Central Committee and the State Council on Further Strengthening the Management of Urban Planning and Construction" require that urban restoration and organic renovation be carried out in an orderly manner and the destroyed mountain, river, wetland and vegetation be systematically and step by step repaired.

In order to implement the decision-making arrangements made by the Central Government, the Ministry of Housing and Urban-Rural Construction closely follows the requirements of ecological civilization construction and the concept of green development, adheres to the people-centered development thinking, and comprehensively promotes "double repair in cities". As an important task of promoting "structural adjustment of supply-side" and making up short of urban short board, "double repair of city" is taken as an important starting point for the management of "urban disease" and transformation of urban development mode, to improve the ecological environment quality, Improve public service level.

The third batch of 38 "city double repair" pilot cities from 47 cities declared throughout the country, selected by the expert review, including the capital city, sub-provincial cities, prefecture-level cities and county-level cities, historic and cultural city , Scenic tourist cities and old industrial cities. The selection highlights the three principles of "the city's leading leaders personally promote, implement the plan and concrete project" so as to ensure the success of the pilot project.

Next, the Ministry of Housing and Urban-Rural Development will step up supervision and guidance of the pilot cities by organizing expert examinations and holding pilot exchanges, and build a platform for publicity to sum up the good experiences, good practices and good examples of pilot cities, , Improve the ecological livability and sustainability of all cities, and make people have more sense of gain and happiness.

Next： In the first half of the construction industry output 8.58771 trillion yuan