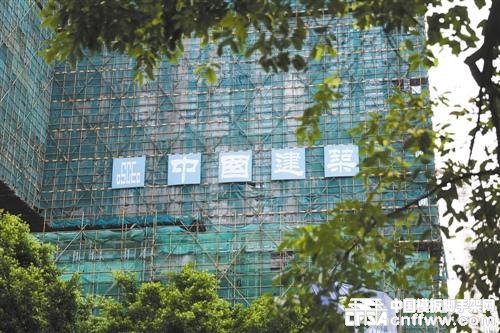 Under the PPP model, the profit of the enterprise has changed from a single profit of the original construction to a collection of multiple profit points at the upstream and downstream of the building. This not only enables the profit sharing in various links such as investment and operation of the project, but also its quality and benefit can be higher than Traditional construction mode.

In June this year, the China Western International Expo City project contracted by China Construction Second Bureau is about to usher in the first large-scale exhibition - International Furniture Exhibition. The completion of this large-scale Expo Center has enabled the western region to have the largest conference and exhibition platform to promote the "Belt and Road" project.

On February 28, 21st Century Economic Reporter interviewed learned that after the establishment of the 2nd Bureau of China Construction and Construction Corporation, infrastructure construction has become an important starting point for the "One Belt, One Road" landing in the structural adjustment. The bureau took the opportunity to make investments in the field of investment and financing. Last year, Southwest Branch of investment and financing + infrastructure projects reached 3.46 billion yuan in revenue, accounting for 28% of revenue for the year. Also proposed to rely on new business models and investment projects are also built a bureau.

Giant steel frame how to assemble?

The entire venue does not have a pillar support, which is extremely rare in the domestic large-scale exhibition center. On February 28, 21st Century Business Herald reporter saw such a scene in a total of 8 venues in the newly-built Western China International Exposition City in Chengdu.

In each single-story exhibition hall 15 meters high pillarless large space, black steel structure such as a large net. In the total construction area of up to 570,000 square meters, equivalent to the size of 80 international football stadium West Bo City, a huge weighing 1770 tons of steel grid is how to mention the air?

Yu Dehao, chief project engineer of Xibo City, told the 21st Century Economic Reporter: "This is the biggest problem in construction. The structure of the truss is complicated and changeable. In particular, the curvature of some of the truss structures varies greatly and the maximum position reaches 70 meters. , Southwest branch of China Construction Second Bureau then had two options: First, lifting the ground after welding, the second is the installation of the air, after considering the large amount of high-altitude welding and difficult to choose the first. "He said that after checking, the company Select the four golden points on the truss as a lifting point, the use of hydraulic lifting mode, the whole light lifting in place spent four hours.

He said it is thanks to the new long-span prestressed shuttle truss that the column-free design maximizes space utilization in venues. Therefore, a large number of West Bo City project adopted a steel structure, 160,000 tons of total steel consumption has more than the National Stadium "Bird's Nest" 110,000 tons and CCTV new building 120,000 tons of steel. The project has won the highest award in China's steel structure industry - China Steel Structure Gold Award.

In addition to the wisdom of craftsmen, can hold up the giant steel frame, can not be separated from China's construction investment and financing mode of innovation.

Xi Bo City, which is constructed by China Southbuilding Bureau and Southwest Company, is a major project of Tianfu New District, a state-level new district with a total investment of about 12 billion yuan, of which investment in construction and installation accounts for half.

Where does the money come from?

"In the Commonwealth, all parties have needs, such as the government needs engineering, banks need good loans for the proceeds." The source said.

According to the project leader of the southwest branch of China Construction Second Bureau under China State Construction, the financing part of the company has both its own funds as well as bank loans, and ultimately leads the general contracting by investment and financing. At present, the land transfer fee obtained from this project is earmarked for the construction of this project and it is being paid by Zhongxin Group to the second contractor of CCT.

In fact, this is not the first bidding project for the PPP project of the 2nd CCB. Earlier, the bidding for the PPP project for the development, construction and operation of Information Technology City in the Shenzhen-Shantou Special Cooperation Zone totaled 1,611 million yuan. The project uses PPP + EPC cooperation mode, the construction period of 3 years, the operation period of 7 years.

In recent years, PPP mode prevails. The PPP franchising mode has become a key factor and a major source of profit for the steady growth of the internationally renowned large contractors such as Farolio and Wanxi.

"Under the PPP model, the profits of a company have changed from a single profit of the original construction to a collection of multiple profit points on the upstream and downstream of the building, so as to not only share the profits of various links such as project investment and operation, but also high quality and profitability In the traditional construction mode, and to make earnings more sustainable and stable, but also an important way for central enterprises to improve profitability. "Insiders said.

However, due to the pressure of financing and operational risks in China, some construction enterprises provide products or services that fail to meet the requirements of the government and lead to a loss.

In this regard, the project leader said China Construction Investment Platform has strict requirements: with the local budget revenue of more than 6 billion yuan a year government to talk about infrastructure projects, the project investment is less than 1 billion yuan is not using PPP mode The column.

According to 21st Century Business Herald reporter, in order to take control of risk, private enterprises planned to invest 20 billion yuan in railway projects. However, due to the decentralization of operating rights, China Construction eventually abandoned the bidding by way of investment and financing. Similarly, after the calculation, it is difficult to realize the repayment commitment in the fiscal revenue budget of the district and county governments. China State Construction also similarly gives up construction of municipal roads to be adopted PPP mode.

Wang Weimin, deputy party secretary of Southwest Branch of China Construction Second Bureau, said in the 21st Century Economic Reporter's interview that in the PPP model, construction enterprises should participate fully in project life cycle management such as project planning and design, investment and financing, project construction and operation management as social capital , So that enterprises from the original single construction contractor to investors and other multiple roles change in order to achieve the transformation and upgrading.

At the same time, he said frankly that the most difficult part of business transformation is talent. As a start-up built Fangfang enterprises, subsidiaries generally lack of investment and financing and infrastructure professionals, post-operational challenges greater. At present, the company is using the method of training and internal adjustment to make up for the gap.

Take advantage of the "One Belt, One Road" business opportunity

During the 13th Five-Year Plan, the Central Committee proposed that the "three major focuses" of regional economic layout should be realized in China: promoting the three major strategies of "Belt and Road", the coordinated development of Beijing-Tianjin-Hebei and the construction of the Yangtze River Economic Belt. "Construction enterprises in the transformation and upgrading must proceed from reality, combined with the situation and market changes to adjust the industrial structure." Wang Weimin said.

From 2015 onwards, the construction area of the southwest branch of China Construction Second Bureau has expanded from Hunan and Yunnan to Guizhou from the original Sichuan and Chongqing, and set up branch offices.

In a matter of two years, the company built Xibo City, one of the top ten regional platforms in the country to promote the implementation of the "Belt and Road". This venue is a display of exchanges and cooperation between countries in the western region along the "Belt and Road" and the expansion of the markets along the country in western China Trading platform. China Construction is also investing in Yunnan Province, the largest single project Yunnan gorgeous highway, with a total investment of about 28.7 billion yuan, but also the Yunnan provincial government to PPP mode of operation of the first national highway project.

According to 21st Century Business Herald reporter, construction of the "Belt and Road" also provides a huge market opportunity for China Construction to expand its overseas business. At present, CNBM has set up 9 marketing centers and 30 country groups and initially formed a marketing network covering key and hot markets in Africa, ASEAN and its surrounding areas, Central Asia, Central and Eastern Europe and Latin America, and established a marketing network that follows the overseas investment of Chinese funds Mechanisms to collect project information and respond quickly.